As the Beatles song clearly states, “money can’t buy me love”. Ok we get that, but can it buy happiness? As an entrepreneur, a significant part of the end goal of any venture is money. Whether the goal is just to make enough to survive and provide for your family, or whether the goal is to exit your company and become independently wealthy, either way, money obviously plays a role in every business owner’s endeavor. But does it buy happiness?

Researchers have been looking at this question for decades and from several different angles. In 2010 researchers at Princeton University’s Woodrow Wilson School published the results of a study that found when someone makes over 75K a year, their happiness index doesn’t change as their income increases.

In my own, Harp Family Institute research, I used a different financial measurement and discovered similar results, but with a 100K income.

So, the question is, how, as entrepreneurs can we reconcile all the hours of hard work, the stress that comes with being the boss, the potential loss of family and friends around you due to the blinders you put on in your quest for an extraordinary life?

One answer is that at an entrepreneur’s core, the quest for happiness (as other’s define it) is not your ultimate end goal in life. There is something deeper in your soul that drives you. Is it respect? Is it power? Is it knowledge? Is it the desire to leave a legacy? The answer is not a simple one and perhaps it’s a combination of a multitude of factors, but one thing is for sure, the quest for happiness is not the number one motivator within an entrepreneur.

When I first met my husband, I made a comment about how content I was was. His response to my comment shocked (and dismayed) me. He said, “That must be nice. I don’t know if I’ve ever been truly content.” We went on to discuss this in detail, but at the end of the day, he generally always feels more can be done, and thus, feels a sense of discontentment at all times.

About a decade later, I was interviewing a man with a net worth of roughly 300M. I asked him the question, “What does it feel like to have ‘made it’?” His response also shocked me. He told me that an entrepreneur has never really made it, regardless of how much money they have, because there is always something more to do. They are always thinking about what else they can do . . .

I add the ellipsis at the end of the sentence because this is how I now view the true entrepreneur, there isn’t an end. Going out and getting a job that pays $75K IS NOT AN OPTION. Not because it’s not enough money to survive, but because the job, as millions of people around the world view it, isn’t even going to begin to scratch the itch of a true entrepreneur.

They need more. They crave more. In their souls, the drive, or as my dad used to call it, the fire in their bellies, isn’t really motivated by money, but by something much deeper. Money is merely the icing on the cake. It’s what people see. What people attribute to business ownership. Don’t get me wrong, having money is great. It’s amazing to be able to do and implement what you conceive of.

But for entrepreneurs, it’s about so much more . . . 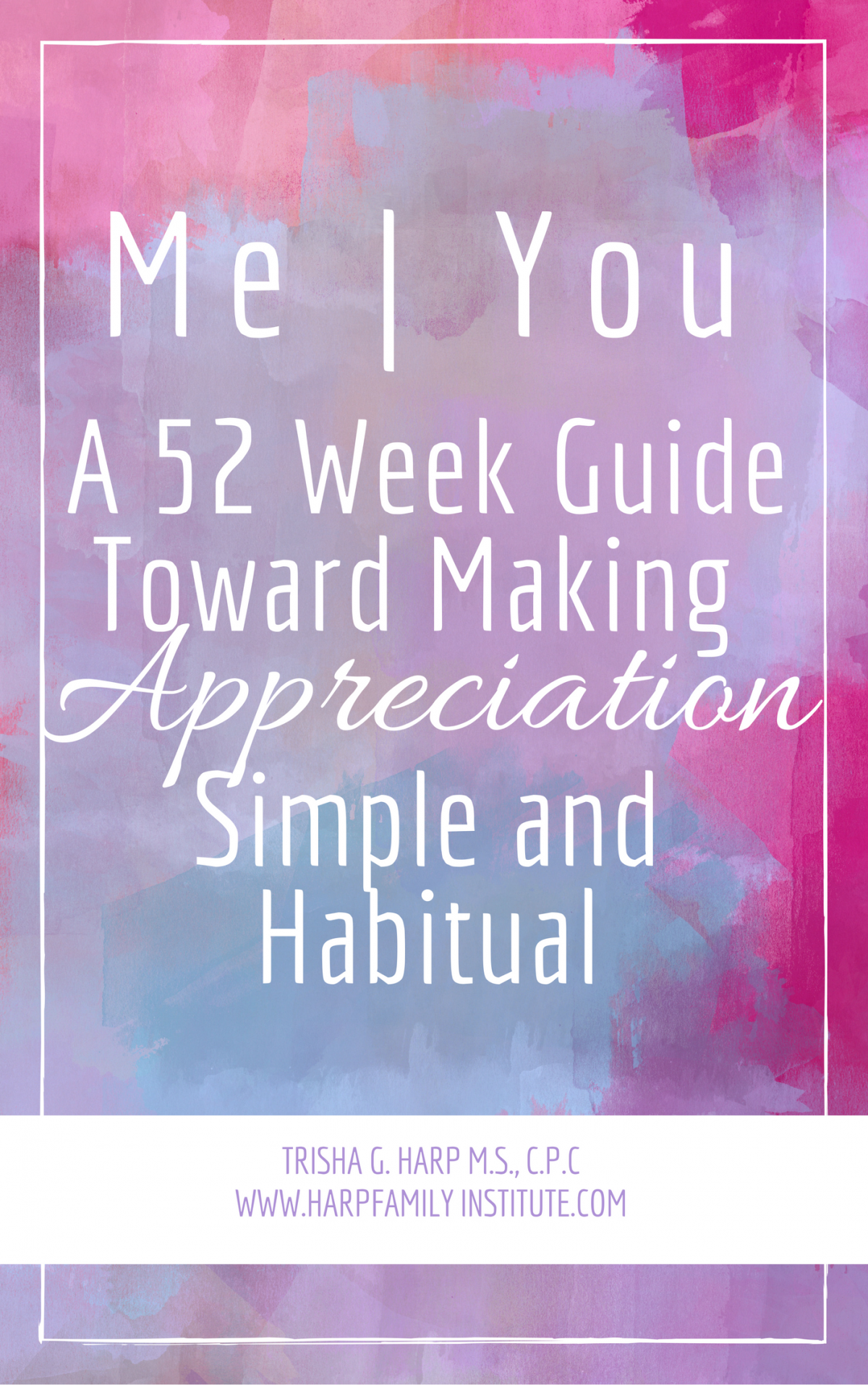 I was talking with a friend a few months ago about someone who is married to a wonderful man who is on the autism spectrum. She mentioned that her friend has to give very clear directives to her husband. For example, the day before her birthday she may say, “Tomorrow is my birthday. I would like a piece of jewelry, a cake with a candle and a great kiss!” I looked at my friend and said, “Wouldn’t it be great if we all asked for things that clearly?”

Sooooo, I wrote a book that encourages couples to

1. Do things for each other they wouldn’t necessarily do without prompting.

2. Teaches couples more about what really resonates with their partners and what doesn’t.

3. Hopefully eradicates the potential defensiveness that comes with nagging!

Check it out and tell me what you think!

I was talking with a couple the other day about division of labor with regard to handing their personal “business”. They are recently married and prior to their nuptials, Sam* (names have been changed) owned a couple of rental properties. They have been working on trying to turn over the properties to his wife Sally*, but it has not gone particularly well.

Initially, they decided to hire a property manager with the hope and expectation that Sally would learn from her and eventually be able to manage them herself. Unfortunately, Sally and the property manager do not get along well at all. Sally spent some time looking for someone to take her place, but was only able to identify companies that charged twice the price. Eventually, Sam got frustrated, so he took back over the task of working with the property manager and Sally hasn’t been helping out with that part of their lives. Over time, this has left both Sam and Sally resentful of each other with regard to this topic. So we got to the bottom of it and came up with a plan.

First, it was important for Sam to acknowledge that Sally really does want to contribute and take more things off of his plate. To put it bluntly, sometimes women just don’t work well with other women. There, I said it!! I felt it was essential for him to recognize that it was a possibility the property manager just responded better to working with a man; and regardless of where things ended up with our “plan” it might still not be a good fit between Sally and the property manager.

Second, we decided that for the next two months, both Sally and Sam would work together with her. That way Sally could watch the way Sam interacted with her and hopefully continue that pattern after Sam was weaned off. Initially, she wouldn’t talk very much, just listen and observe. After the first month, she could start to re-establish her own relationship with the property manager, but Sam would still be involved.

Third, after 2 months, Sam would turn over the project to Sally and she would try to work with and learn from the property manager for an additional 6 months. If it worked out, great. If not, then together they would work to find a replacement.

Two major outcomes came out of this discussion.

1. They will set aside 2-3 hours of time each week to work in tandem with each other. Sam will work on whatever he needs to work on for his business, but because they will be in the same vicinity of each other, whenever Sally “needs” Sam for something, he will drop what he is doing and be fully available to Sally. This way, she isn’t saying randomly throughout the week, “I need you to call xxx”. She can set up the call and he will be there to help. This takes the responsibility off his crazy full entrepreneurial plate, but enables her to accomplish tasks she can’t do without him.

2.  I pointed out to Sam, that by “taking back over” the property management account and making Sally feel inadequate because she didn’t work well with the property manager, he, for lack of a better phrase, hurt her feelings. He didn’t have her back. He didn’t show her, “we’re on the same team.” During the discussion, both Sam and Sally had an ‘aha’ moment. I don’t even think Sally realized that her feelings were hurt, but they definitely were. What she heard was, “the property manager is more important than you”. Of course that’s not what Sam was intending to convey, but that’s what was heard. In marriage, and more importantly and entrepreneurial marriage the underlying foundation has to always be, “Team Sam and Sally” or “Us vs Them” or whatever works for you and your relationship.

The plan we outlined above, recognizes that both Sam and Sally are vital to the success of their “personal business” and has them working together as a team! 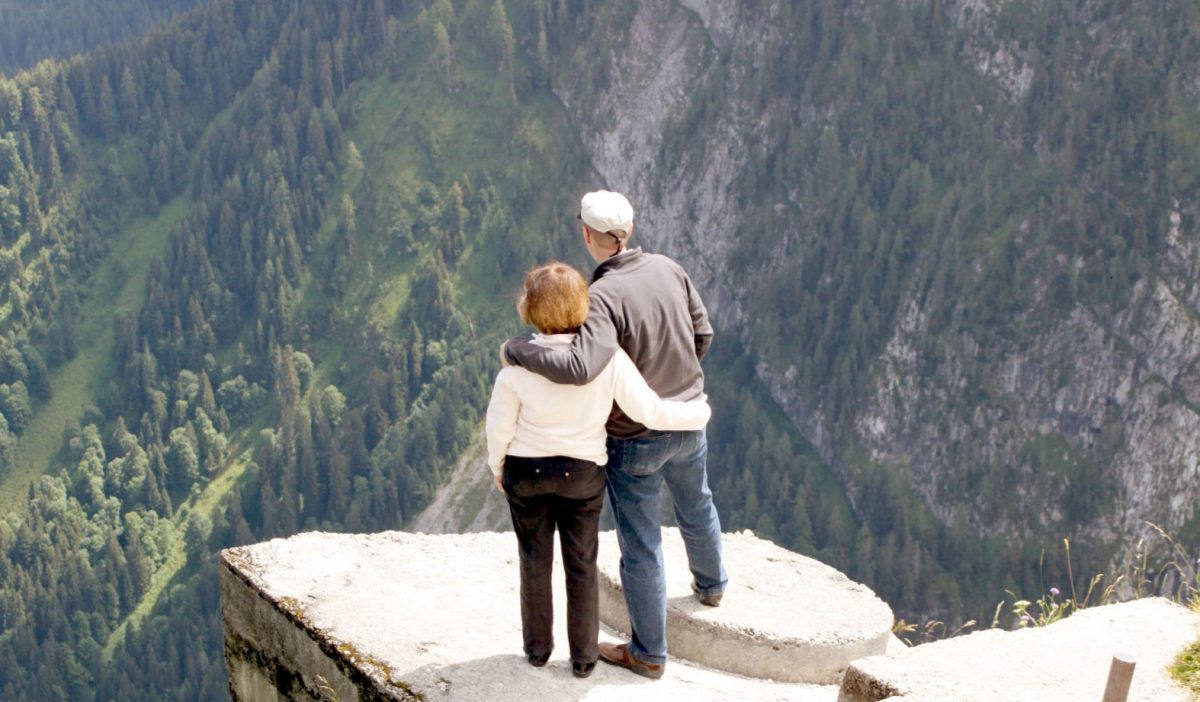 I recently started to think about my presentation from a new perspective. What is it missing? How can I improve my message? I started looking up ways to inspire greatness today and these two resonated with me.

Dale Carnegie:
“Give the other person a fine reputation to live up to.”

Ken Kesey:
“You don’t lead by pointing and telling people some place to go. You lead by going to that place and making a case.”

My husband is often telling the kids what a wonderful mother they have. He compliments me all the time and points out to them the specifics of what makes me great. It often makes me feel uncomfortable (while at the same time I love it)! The discomfort, I believe, comes from my wondering if he really means what he is saying. Or, is it possible, all this time he has been giving me a “fine reputation to live up to”?!! Perhaps it’s a bit of both. Either way, it certainly motivates me to be a better mother and wife so I suppose it’s a win win regardless of how I look at it.

The second quote resonated because while I do a lot of speeches and include a lot of personal anecdotes, I never fully share my personal story with people. When I was rebuilding my website, a friend encouraged me to share more of my story. I’ve been there, done that, seen that with regard to entrepreneurship from a child’s perspective, a spousal perspective and now a personal perspective. I’ve been up. . .  way up and I’ve been down . . . way down. Maybe if I lead by revealing that I’ve gone to “that place” then I will inspire greatness among those who hear my story.